The JWCS in partnership with WCLAC has held an event to celebrate the International Women's Day 2017. The event was funded by Drosos as is the JWCS's program of Social and Legal Aid program for women suffering from GBV.

The events focus was the launch of the year-long mapping study funded by Drosos and done by Mr. Ziyad Othman in collaboration with WCLAC, about the level and type of Gender based violence against women in the Governorate of Jericho and the Jordan Valley. Mr. Othman started the presentation with two fundamental questions, what are the types of violence that women suffer from? And what are the services available for such women in this area? He also confirmed that the GBV is not only happening in Jericho Governorate but is also found in Tubas and Nablus Governorates, were he conducted his previous studies. 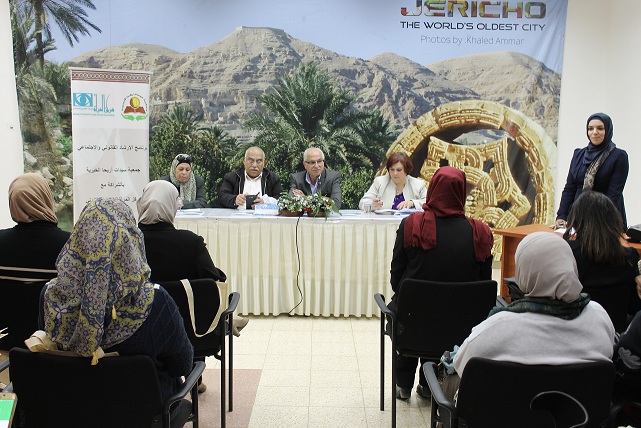 The most difficult hurdle faced in the study was the lack of proper measuring tools to assess the violence in the community. In order to have proper information about the subject a system and tools of measure should be defined and used in uniform by the different institutions.

Firstly, the researcher focused on the concept of economical empowerment of women and how it is being implemented wrongly by the donors, especially in marginalized areas, since very few of the projects that are funded succeed. He also added that the system of funding such projects should be reviewed and re-assessed in order to empower women individually and coach them throughout their businesses and not just partially. Moreover, the local Governmental and Civil institutions should be more active in this subject and should have a specific guideline on how to economically empower women, thus reducing poverty and violence against them. 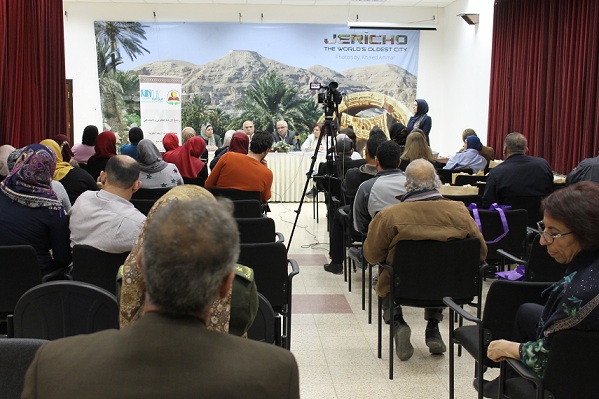 Secondly, one of the most particular kinds of violence found against women in Jericho and the Jordan Valley is the one the women working in Israeli settlements face. On one hand they face the unfair payment from the Palestinian brokers and on the second hand they suffer from the lack of Workers Rights they face working as Palestinians in Israeli settlements since Israeli laws do not apply to them.

Thirdly, one of the noticed GBV exciting in the Jericho Governorate's rural areas is the social and economical violence against her due to the pluralism of wives, whereas the wife is treated as a production tool working in the field without pay. In addition the strong influence of the Clan- Nomadic system strongly dominating in this area imposes strict social behavior on women and is very controlling of every decision she makes in her life especially when it comes to inheritance of women and how it is denied to them more often than none. Moreover the social violence extends to the issue of marrying girls as minors and how it reflects poorly on their future personal and family life, and how this antiquated concept should be changed.

Fourthly, it was emphasized during the presentation the lack of collaboration between the media and the Women's Institutions, and if there were to be actual change on the status quo of things, the media should be a fundamental part of the process and not contacted sporadically only on certain occasions. 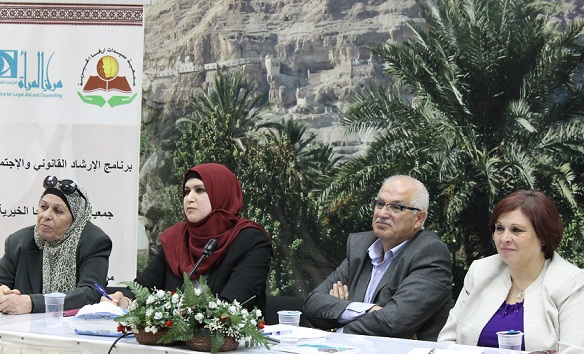 At the end of the presentation there was a Q & A session where the audience directed questions at Mr. Othman and Mrs. Randa Sanyoura, the CEO of WCLAC